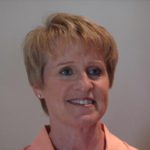 Melanie Menken founded Booster Pak in 2010.  As President, she is responsible for raising public awareness about hunger in our community, fundraising and marketing and promotion.  She also supervises and trains many of the volunteers that are needed each week to keep Booster Pak going.

A Davenport native, she is a graduate of the University of Iowa with a BA in accounting.  She is a CPA (retired) and has worked in public accounting, banking and insurance.  Melanie lives in Clive with her husband, Dennis and has two grown sons, John and Jacob. 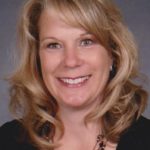 Lisa Phillipps became involved with Booster Pak in 2011 as a parent volunteer driver for Crossroads Park Elementary. The next year she joined the Board of Directors and became the coordinator for the K-6 program. She participates in the weekly packing for the district’s eight elementary schools along with volunteers from the Stilwell I-Care program, orders food from and prepares reports for the Food Bank of Iowa, and communicates with school staff and parent and community volunteers.

Originally from Clear Lake, Lisa received her BS degree in Mathematics and Computer Science from Buena Vista University. She and her husband, Mike, have two children. Katie is a 2014 graduate of Valley High School and is a student at Oklahoma State University. Jacob attends Valley High School. Whenever time allows, Lisa likes to travel, relax with family and friends, watch sports, and read.

Lori is a stay at home mom with 3 children.  Lori has a passion for kids and our food insecurity mission.  She works with the Food Bank of Iowa, DMARC, Hy-Vee and other local businesses and vendors to assure our students receive high quality food at low cost.

Jeff is a Director a McGowen, Hurst, Clark & Smith PC in West Des Moines.  Jeff has a BS in Accounting & Finance from Iowa State University.  Jeff joined Booster Pak after organizing a fundraising event for Booster Pak as part of a class project with the West Des Moines Leadership Academy.

Chelsey is a stay at home mom with two children.  She loves to bake, garden and volunteer.  Chelsey joined Booster Pak in 2019 after answering one of our calls for volunteer leaders.  She works closely with Lisa Phillips, our building coordinators and volunteer drivers to make sure we have inventory and that we get packs delivered to schools on time each week.

Charlie is Special Counsel with Ahlers & Cooney, PC.  Charlie has an MBA from Iowa State University and graduated from Drake University Law School.  Charlie learned about Booster Pak through another board member.

Claire is the owner of a Marketing and Public Relations firm called the Public Relations Project. She is an active member of the West Des Moines Chamber of Commerce and an active community volunteer. In addition to serving on the Booster Pak board, she also serves on the board of Central Iowa Shelter and Services (the state’s largest homeless shelter) and is on the West Des Moines Board of Adjustment.

Claire is married to Jim Walczyk and has two children – Chelsey and Bailey – and two stepchildren, Deb and Marcus. Bailey is married to Nick and is expecting her first child.

Celsi graduated from Dowling Catholic High School in West Des Moines and Drake University. She has served on the Clegg Park PTO (Clegg Park is now Hillside Elementary), the Dowling Board of Education and currently serves on the National School of Journalism Advisory Board at Drake. She has also served as an adjunct professor and is an active volunteer at Drake.

Brian is Managing Director at HDH Advisors.  Brian has a BA from the University of Iowa.  He joined our board in 2018 and his company has helped collect create treat bags that were distributed to our program participants.

Josh Ehlen works at Reynolds and Reynolds as an Account Executive and is charged with growing the Property & Casualty division by creating new business opportunities across the State of Iowa.  He is a 2004 graduate of Iowa State University with a degree in Finance.

Josh and his wife Leslie have 2 daughters and have another daughter due in December.  He enjoys spending as much time as possible with his family, friends and neighbors.

Josh has many passions outside of work including: running, biking, hunting, fishing and golf.  Another passion of Josh’s is helping children.  He has/does serve on the Board of Directors for Variety the Children’s Charity and Big Brothers Big Sisters of Central Iowa, as well as, volunteering at Hope Lutheran Church teaching KQ to 5/6 year olds.


Beth works for West Bank. She has a passion for kids and food insecurity.  She started as a volunteer driver for Crestview Elementary.  She also helped distribute packs as Crestview during our summer programs

Shahna graduated for the University of Northern Iowa with a BA in Psychology and a minor in Family Life Education.  She spent 10 years working in the field of substance abuse prevention before joining the West Des Moines Community School District in 2007.

John Myers is a marketing and communications professional in Des Moines, Iowa. He enjoys being active in the community and has served as a volunteer and board member for Rebuilding Together Greater Des Moines and the ALS Association. He learned about Booster Pak through his wife, Mindi, who is a teacher in the West Des Moines school district.

Melinda is an Executive IT Architect and Digital Transformation with IBM.  She has a masters degree from the University of Nebraska.  Melinda joined our board after participating in a class project with the West Des Moines Leadership Academy.

A Note From The President

Beginning November 16, 2020, our kids are back to continuous online learning and Booster Pak is here to make sure they come to school ready to learn. Our goal is that no student goes hungry.

Here are the ways we’re helping:

Here are some other resources in our community that might be helpful:

We appreciate your support.

This is a great opportunity for small groups, community organizations and businesses that want to participate with Booster Pak on a regular basis.